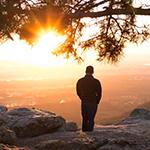 Having personally known Mark (Belzebuub) for more than a decade, during which I have spent substantive periods of time with him, I feel it my duty to weigh into this discussion and share my experience of him as a person, a spiritual teacher and of the movement he guided.

It is hard to express in words Mark’s qualities: he is the most gentle, honest, caring, sincere, generous, wise, and intelligent human being I have ever met. In his dealings with people he treats them with the utmost respect, he does not judge people nor rumour monger, he is a total gentleman.

It’s interesting to contrast Mark’s behaviour with that of other leaders of religious or spiritual organisations or even successful authors. Mark does not expect any special treatment, on the contrary when at events he socialises freely and openly with all attendees whether they be members of the public, new students or senior teachers. He respects everyone’s opinion, patiently answers questions and looks just like anyone else. To meet Mark in the street, you would have no idea of his spiritual achievements.

I have visited Mark in different places he has lived, all of which were very simple and sparsely furnished. For example, when I first met him he didn’t even have a couch, instead a small stack of meditation cushions served this purpose. Later a student did donate a second hand couch to him but in itself it was pretty tatty.

Mark (Belzebuub) worked tirelessly to spread the spiritual teachings. In the early 2000’s I visited him whilst he was still issuing his courses as free pdf’s, releasing a topic a week to eager students online. His office at the time was an uninsulated garage, he worked surrounded by boxes in a space that was freezing in winter and boiling in summer. At the time, Mark was chronically ill and receiving regular medical treatment, legally he was classified as medically unsuited to work. Nonetheless, he worked all day at the computer, longer hours than a paid office worker, producing the courses free of charge.

When Mark’s pain became too severe or he was overcome by fatigue he would retire to his bed for a few minutes, as soon as the pain allowed he would drag himself back to the computer. In this way, Mark maintained a gruelling schedule, releasing a new pdf course topic each week, administering the website, answering online questions and directing the movement.

When I arrived for a visit, Mark maintained the same gruelling schedule. Yet he still found time to host me and answer my multitude of questions throughout the day and late into the night. Mark was the most gracious host I have ever met.

Mark lived hand to mouth, funded by donations. When donations lagged, he had no money. I know of at least one month when he was so poor all he could afford to eat was potatoes.

A principle Mark has expressed numerous times is the need for free access to the teachings, he said this works at multiple levels. We receive spiritual knowledge from above for free, were we to charge for them we break universal laws and would cut ourselves off from the source. Furthermore, charging for them would be an obstacle to people obtaining this knowledge. I know how selfless Mark is, how he has never charged for teachings and given everything he has to pass them on to others, living a hand to mouth existence just above the poverty line to do so.

As a parent I have found Mark’s teachings invaluable in bringing up a child. Mark’s behaviour is impeccable, he taught that spirituality is to live one’s life correctly and that spiritual progress is impossible without fulfilment of family responsibilities. Applying this as a father I saw that it was not through words alone that I should guide my child, but every action and interaction should exemplify life lived lovingly, honestly and ethically. Recently my child said “Daddy, you’re not like any of my friends’ parents, you never argue or get angry, you’re always good, you never act old, I’m so very lucky”. There is no doubt in my mind that without Mark’s examples and teachings I would never have heard such words.

Having been within TGM for over a decade, I can state categorically that relationships between men and women were treated with the utmost sanctity. Belzebuub’s teachings encompassed alchemy, a sacred sexual spiritual practice, practiced by men and women in a committed monogamous relationship. We discussed this topic as well as love, lust, adultery, monogamy, relationships in general and marriage in particular on enumerable occasions. Mark was always clear and consistent in his denouncement of lustful behaviour and adultery, his own behaviour in this area was faultless.

I was involved in the financial administration of several centres. As many have said, all of the courses were run for free and there was never an expectation that attendees would contribute for attendance. Should people choose to donate, a sealed donations box was available.

Donations were not processed by individuals, there were always two people present to open the boxes and count the donations. All donations were duly noted in a register, which was signed by the counters. Donations were deposited directly into bank accounts.

The courses taught practical spiritual exercises, exercises that have been documented in countless spiritual works throughout cultures and history with an emphasis on the practical aspect of spirituality. Attendees were encouraged to practice the exercises and experience the benefits for themselves. Following the practices, group discussions would be held, nobody was told what to think or how answer, frank discussion was encouraged.

Some of my favourite memories of The Gnostic Movement were the practices nights, which could range from a few hours to an entire night. I always had a strong sense of anticipation leading into these nights, knowing that something very special could occur. On the allotted nights we would gather in an incense-perfumed room focussed on maintaining a good level of concentration throughout the practice. Many of us would have astral experiences, sometimes multiple experiences and when particularly focussed I could project ten or more times. Sure I would be a little tired the next day, but gosh it was worth it. People chose of their own volition to attend and everyone I knew considered them rewarding experiences.

I attended all of TGM’s courses, and I never heard anybody claim the courses impacted them negatively, on the contrary I heard people claim the courses had a positive impact on their personal and professional lives. People from all walks of life attended: students, unemployed, homemakers, blue and white collar workers, professionals, academics etc.