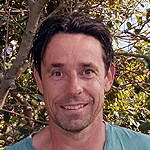 I was a teacher and member of The Gnostic Movement in Australia.

I attended the intro talk, at the time you were able to continue on a 9 week course and there were 3 in total that you could come along to; this was very exciting for me. One thing I really noticed attending these courses, from the other courses and books I had read, is everything really made sense. They would explain something and then it didn’t matter what questions we had on the topic, the teachers could explain it and it all made sense. I can still remember some nights after the talk, we would start asking questions and we could still be there hours after the lecture had finished, asking questions to the teachers. It was amazing how accommodating the teachers were.

Another thing that was surprisingly different from other courses I had looked into and attended was that all this information was given for free. Everybody that helped out in the centres were all volunteers and were not paid a cent. The whole organisation was run on voluntary donations – there used to be a box there and it was up to the individual if they wanted to donate or not. This meant anyone could attend regardless of their financial situation. In my time there I was never pressured by anyone to donate money, I did donate as I personally felt it was the right thing to do and truly I think I was the one that was getting a really good deal. As I became a teacher it became more apparent that most weeks we were just scraping by to make the bills of running the centre.

I completed the 3 courses then the structure changed a bit with additional talks and practices. I remember that astral projection was the reason why I came to the courses, then I was introduced to the study of self-knowledge, a topic I was not aware of, and the information that I gained from these courses were like gold to me. I started to see things within my psyche that I didn’t even know I had within.

To have an astral experience took me some while as I was used to tackling things physically, but when it came to spirituality you need to work on yourself internally, something I had not ever experienced. Probably one of the most difficult things I have ever done in my life and which needs constant effort and reassessing.

I then decided to take on the trainee teaching course which I had to attend quite a few times to finally pass. Once I passed it I started taking the courses in the centre and teaching people, which wasn’t something that came naturally to me and took a lot of time for me to learn. I would have to say this time with the Gnostic Movement was a time of learning and understanding. It completely changed the way I view life and gave me a yearning to really want to be a better person. My time with the Gnostic Movement I would not change for anything.

The first time I met Mark was at the Movement’s property, as myself and a friend went up to help out as we knew that there was some building work to do. When we got there he was so welcoming. He was very interested in listening to what we had to say and nothing was a problem.

After spending some time there checking out the property and the work that was needed to do, we were very surprised at the condition of the place, and more surprised that Mark had been living there. It was the middle of summer and the heat was sweltering. To be outside in the heat was unbearable, however when you went inside the house it was even hotter than being outside, it was like a tin shed with no insulation. The windows could not be opened as there were no fly screens, however this did not stop the bugs, spiders and even snakes getting in. There was no air conditioner or even ceiling fans, and the temperatures would get up to well over 40 degrees in the house.

The house was very small comprising of just a couple of rooms, with a tin roof with no insulation with a very low ceiling. I am not sure how Mark even got any sleep throughout the night with the heat and the many insects and animals that seemed to find their way in. The kitchen was made up of a gas type camping stove that was perched up on a milk crate; this and a small fridge made up the kitchen. The whole house’s electrical system was made up of a couple of solar panels on the roof. There was no mains/street power coming in, so you had to be very careful in what electrical outlet you would turn on, only 1 light at a time. Even being really careful with the way you would use the power it would still regularly fail and turn off, so he would often have to have a small generator constantly running in the background, sounding like a lawn mower running. If this was not timed well, turning the generator on in the afternoon, the power would drop off throughout the night.

After basic work on the house, we got it to a point where it was at least not so unbearable but still quite tough to live in all the same.

At this point Mark went away and at some stage came back to the house for a short time, only to be then living on a construction site. I could imagine that these conditions would be very uncomfortable and a situation I would not like to live under. Despite all this it did not seem to faze Mark. He always had time to talk to us and to listen to what we had to say, also taking time to guide and motivate us with his insights.

All the time throughout the construction every single cent was accounted for. Money was never spent unnecessarily; there was always research into cheaper ways to do things and to also find the cheapest price. The whole project was done on a shoestring budget as funds were scarce. Much money for the project came directly out of Mark’s pocket, also some from people who willingly donated small amounts.

Mark’s hopes for a monastery

Mark spoke to us about his intention to create a place like a temple. It is disappointing Mark’s vision didn’t materialise as I’m sure many would have benefited from it.

I found Mark to be very hospitable, warm, understanding, and a very generous person. He was truly inspiring and you could tell from listening to him the depth of knowledge that he has. There were many times that he spoke to us which really had a profound, lasting influence on me, even to this day. Besides all this he is very funny, sometimes having us in fits of laughter. It was a very nice environment to be around and these moments were times that I cherish.

His influence has had an impact on me even to this day, and his teachings are the way that I try and live my life to the best way possible. I am truly indebted to Mark (Belzebuub) and his teachings.