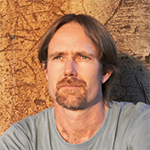 I was involved with The Gnostic Movement’s Australian retreat from basically the start until almost the end of the project. Initially, I started like others on a research basis and then later I actually lived, managed trades people and was a caretaker of the property with my wife, who was also involved with the project. We both lived there for many years together, all together we were involved for about 10 years all up and lived there on and off for about 6 years.

I and others worked at the beginning to research properties that might suit a retreat. Later when the property was purchased I visited the house before any renovations were started. At that time, the house was in need of much maintenance and repair with it being overgrown with trees and vegetation, which attracted snakes, spiders and many bugs.

The house was old and unsealed, and so I saw many bugs and spiders crawl through the gaps in the floor boards and geckos would hide in the gaps in the corner of the wall and ceiling joints. I heard snakes crawl in the roof and nearly put my hand on a sleeping python under the house on another occasion. I lost count of how many times I got bitten by mosquitoes, sand flies and jumping bull ants and over time, after seeing so many snakes, I actually started to admire them for their natural beauty.

I spent many hours with other people sealing and caulking the house so bugs wouldn’t endlessly enter through all the gaps. I experienced the heat of the house due to its very poor ventilation and I saw the state of the small solar power system which ran out of power regularly and so a generator had to be run at night time to have a reliable power source. The conditions were very hard in that old weather board cabin.

At the start of 2005 my wife and I started to caretake the property and not long after we moved in I witnessed the sale of the property to Mark. I know that he bought the property out of his own money from his parent’s inheritance, which he was entitled to and it was not given to him by the movement.

The house was a building site with unfinished rooms and no kitchen. We used to cook our meals on old gas camping burners for years because we had to move the burners around according to what rooms were being worked on at the time. The house never had a proper kitchen sink for years either.

Over the years of working on the property I witnessed how Mark never forced his opinion on people, he would get involved with research, give ideas and feedback, seek your opinion, openly share information etc. But he would never insist that things be done his way. The property had a team of people involved with it and 90 – 95% of the ideas that were actually implemented at the property came from the property team. Sometimes Mark didn’t want to carry out those ideas but if the consensus of the property team agreed to an idea, he never overrode that consensus, he would respect that decision even if he didn’t agree with it himself.

Mark came back to the property in 2006 for about 11 months before he headed off to America to promote the teachings of Gnosis in that country. He stayed in America for a while and whilst overseas he sold the property to the Gnostic Movement’s retreat company and it was the retreat company that did extra finishing work to the building in preparation for the final sale of the house. Mark was very generous with the sale of the house to the Gnostics and put them in a very good position to sell the house, so it could benefit the movement so it could buy its own retreat. I was involved with this valuation as well and talked with the man who came to value the property, and I know that Mark sold the property to the Gnostics for much less than what that valuer gave us as his valuation.

I can honestly say that in working with Mark (Belzebuub) I have worked with an honest, down to earth, generous, likeable person, who has always tried to help me and inspired me to do the best I can in my pursuits whatever they may be, from business ideas to spiritual goals. He has been a friend that I deeply trust and respect for the honest, reliable & trustworthy person he is.