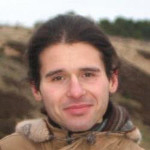 My experience with the Gnostic Movement began as an online student. At the time I was studying engineering at university. I was interested in having esoteric experiences, but had a skeptical mindset and thought it to be impossible for ordinary people. Nevertheless I was open to being wrong, and was happy to find Gnosticweb and its course on astral projection. Over the next two years I took all online courses, starting with Astral Travel and Dreams course.

The courses were practical. Every week there was an esoteric exercise to do, and during the week we gave feedback on how it went. Esoteric exercises included relaxation, awareness of the present moment, self-observation, mantras, as well as different types of meditation and concentration. These were not exercises that I did prior to finding the Gnostic Movement, but I still found them easy to understand and try. It was also encouraging to see results in terms of feeling new feelings, heightened awareness, as well as lucid and vivid dream experiences.

My first mystical experience happened only two weeks into the Astral Travel and Dreams course. I was relaxing my body. I lay down on my bed and was methodically going from head to toes, relaxing the different muscles. Suddenly I noticed I could see through my eyelids, through the house and into the night sky. The experience lasted only moments and I was back in my room, confused at what happened.

After the Astral Travel and Dreams course I took the Self Knowledge course. The focus was on learning my own psychology through the working of my mind and emotions. Prior to taking the course I did not realize the importance of understanding myself. I knew that I would sometimes do or say things that I would regret later on, and sometimes have difficult feelings like depression and anxiety. I also learned that I needed to have a good inner state to have mystical experiences. However, until that point I did not make any conscious efforts to change psychologically. The Self Knowledge Course changed all that. I could see better than ever the emotions, ways of thinking and feelings that were hindering me, and wanted to change them. The course was a life-changing experience and for many years I wanted to help others to take it.

I attended three international retreats. The first was in January 2008 in the Bunya Mountains of Australia. This was the first time I travelled to Australia (I am from Canada), went on any kind of retreat, and met people practising Gnosis. The retreat was an amazing experience; I learned as much from what was said as from meeting the people who taught.

Activities at the retreats were always geared towards improving the quality of practice of the exercises taught in the courses. We would practice meditation, go for an awareness walk, discuss how it went, and try again. It was also helpful to talk about the obstacles and experiences of other people, especially those who have more experience. I was particularly impacted by the members of the Gnostic Movement. I was impressed by the seriousness and dedication that they showed, while at the same time their gentleness and ability to give attention. I still remember to this day the attention that one of the members gave me, meticulously answering my questions over several hours.

The second and third retreat I participated in were in Oregon, USA. This was the first time I met Mark (Belzebuub) in person. Mark gave talks and guided exercises at the Oregon retreats of 2008 and 2009, both of which I attended. I valued highly the talks that Mark gave. He is able to talk about issues that affect people in a way that can be felt in the heart. I know it was not just me who respected what he said. The owner of the Oregon retreat facilities (who was not studying Gnosis) was also present during both retreats. I remember how impressed he was with the attention that everyone paid to Mark’s talks. He said that in all the years he ran the retreat facility he had never seen a group so attentive to a talk.

I was also very impressed with Mark as a person. Studying at university I met many people who were leaders in their fields and it was common to feel an air of superiority from them. I felt nothing of the kind from Mark. He was very humble as a person and had I not know about his expertise in spirituality I could have easily mistaken him for an ordinary person. I remember one time we sat at lunch at the same small table. It was when I just met Mark and I had too many thoughts on my mind to be able to ask him anything important. We ended up having a simple chat about the weather, Canada and my interest in spirituality.

I had more opportunities to speak to Mark after the Oregon retreat. He gave talks at the Bay Area Gnostic Center, joined social nights and holiday dinners, and sometimes came in just to talk. I was always grateful to meet with him. Conversation would often touch on a topic of the esoteric teachings, and the insights he shared were always very valuable.

I moved to California after the 2009 Oregon retreat to take part in the Bay Area Gnostic Center activities. I spent about two years at the Center as a student, volunteer, and later on as a teacher.

The time I participated at the Bay Area Gnostic Center was the most memorable time of my life. I met very unique people, made life-long friends, and grew as a person more than I have at any other point in my adult life. One of the biggest impacts of the time was learning how to overcome personal weaknesses.

I believe that people have their own weaknesses to blame for falling short of the mark in their lives. Facing and overcoming personal weakness was a big part of the teachings of Gnosis and the ways to go about this were explained in the courses, especially the Self Knowledge course.

I found this same teaching present in the voluntary activities of the Gnostic Movement. I noticed that in assisting the various projects of the Movement I had to give up personal habits that held me back as a person. Some examples include phobias of public speaking and various social situations, and learning new skills. The choice to volunteer was always up to me as there was never any pressure. I felt the benefits of volunteering and wanted to take part.

The Center ran two major courses: Astral Travel and Dreams as well as Self Knowledge. My main contribution to the running of the courses was through advertising, and for some time I organized the efforts for the Center.

We put notices on community websites, and posters in local shop windows. Postering was usually done on Saturdays: Teachers, trainee teachers, and members gathered at the Center in the morning, took posters and went to major streets of the area. Arriving at the street each person would visit each shop asking the shop owner to put a poster up in any visible space. Like this I walked through the high-street areas of much of San Francisco Bay Area. I enjoyed putting up posters. It was a chance to go for a day-long awareness walk with every shop a new opportunity to be in the present moment. If I managed to focus my mind during the day, then there would be a high chance of having a mystical experience later that night.

There was no charge for the courses and donations were never demanded, simply mentioned that they are accepted. At times I donated money to the Gnostic Movement and to the Bay Area Gnostic Center. I donated because I had enough and wanted to give. No money was ever asked of me.

I stayed in California until spring of 2011. I had met the woman who would be my future wife during a retreat in Edinburgh the previous Christmas, and so, after returning to the US I began making preparations to move to Scotland.

For a long time I regretted this decision. The lies and the people behind them persisted for years bringing much harm to Belzebuub and destroying the Gnostic Movement as a spiritual school. A lot was lost with the closure of the Gnostic Movement. The main thing I regretted is the loss of a truly benevolent organization where it was possible to truly assist others. I am very grateful for what I learned from the Gnostic Movement and hope that these opportunities will one day be available again.