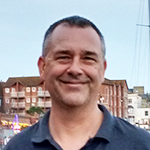 In 1996, I started to attend ‘The Universal Christian Gnostic Movement of the New Order’, which had been established two years prior in 1994 by Mark (Belzebuub) in Sydney, Australia.

I attended the courses until December 1999 when the organization merged with another titled ‘The Gnostic Movement Inc.’

During this four year period I attended numerous weekly lectures and functions, and also participated in Board meetings where we determined strategies for the advertising and organizing of functions, plus maintenance of the legal entity and upkeep of the Centre where we would regularly meet.

I was part of The Gnostic Movement for approximately 12 years.

This organization was a non-profit organization established lawfully as an Incorporated Association via the local government. When I was part of it, it was always run very methodically and meticulously. I personally was a member of the organization plus acted in different capacities of the governing Board at different times. The organization had to abide by a voting system, it was part of the law governing the legal entity. Its formal meetings were recorded and minutes kept. Initially when I joined the governing Board, I didn’t like this administration part of things. I thought spirituality was somehow outside of such ‘mundane’ and ‘boring’ requirements. I soon realized that it was a necessity and legal requirement when having groups of the public congregate. It also made it possible for the group to be well organized.

The organization ran solely via public donations. It did not receive local government subsidy, nor money from any other companies or sources. It was the public who attended that donated, if they wanted to. All we simply did was leave a donation box on a table, and people contributed whenever they wanted. It was made very clear that the monies were accounted for and only used by the organization to further its aims, such as paying for rented halls, advertising and marketing, plus administration and legal costs of the organization. As per the Constitution of the organization no monies were ever used by individual members for personal use. This was strictly forbidden in law.

The advertising of courses run by the organization was no different to any other educational establishment offering courses to the public. If people were interested and applied to attend a course, the full contents of the course were explained during the first meeting. Nothing was secret or misleading. Oftentimes large numbers of the public would only attend for a few sessions and decide it wasn’t for them and left. It was down to individuals if they wanted to attend the course and for how long. All the courses and activities were free, so again there was absolutely nothing holding anyone to stay.

Individuals chose to participate in courses of their own free will and without cost. The organization was a group of individuals acting together with the same affinity and personal interest. People join clubs or groups they are interested in, if you are only interested in chess you would not go regularly to a club that only plays darts or snooker. It’s common sense.

As in any group, voting by its members was paramount and enshrined in law of the organization. It’s inevitable that some people may not want to attend a discussion, may not want to vote on something they are not interested in, or perhaps couldn’t make it and pass their vote to another who would be present etc. Equally the opposite; be keenly interested and involved wanting a certain outcome. Debates, discussion and democracy were always present. Everyone had a voice if they wanted to use it. It’s no different to operations of any other company or other legal structure. If a person volunteered to perform a task or position on the Board then, just like any other job, there is an expectation the person is keen and wants to do it. They have volunteered to do it in the first place. If they subsequently decide they don’t have the time or inclination they simply resign and pass it to someone else who would like to volunteer their time and energy to it.

In 2001, I attended the retreat held in Perisher Valley, NSW, Australia, with a number of other members, students and teachers from around Australia. I think it was subsequent to this that the organization started searching for its own land and property to purchase, with intent to hold similar retreats. I participated in various retreat searches.

In 2009 I became involved in decision making processes to remove certain former attendees that had become disruptive. They subsequently retaliated and started a smear campaign against the organization they had actively and voluntarily participated in for many years.

I also helped establish a new company limited by guarantee that was intended to house and protect retreat premises and assets. I was involved in getting legal advices, and having TGM transfer some of its assets to the new organization to enable it to acquire such property.

The company did not have enough capital to finalize the purchase immediately so a deposit was paid, with conditions applied to the sale contract. One such condition included the option of the retreat company reselling to obtain capital to pay the debt, no time frame was stipulated. Mark took on a private risk of non-payment, or substantial delayed payment of balance, by selling to the retreat holding company.

I have known Mark personally for approximately 15 years and wish to share some reflections. Mark limits his writings to what he has personally experienced rather than what he holds true as belief. Some of what Mark has written about I have also experienced and I therefore consider his writings and writing style extremely useful.

I have always admired Mark’s personality and Welsh accent. Maybe because I grew up in England and there was humorous banter between the different cultures and accents that existed within Great Britain as a whole. This ‘British’ humor wasn’t limited to the separate internal countries, like Wales, Ireland and Scotland but also existed simply between different geographic areas within England that had different dialects, accents and ways of living.

To leave a positive book review for a book you have read, whether written by a friend, or author you don’t personally know, is presented by the haters as ‘dishonest’. I have trouble determining the logic behind this. If you have read a book and like it and want to write a testimonial or review so that others can read your opinion, there is nothing ‘dishonest’ at all about doing so. If it makes any difference, the books that Mark (Belzebuub) has written were not being sold for profit. Mark has not received any royalties from selling books. So again writing a harmless book review is simply that, particularly when neither the reviewer nor the author receive any monetary benefit from doing so.