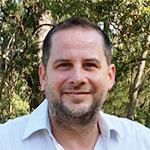 I never considered myself a spiritual person, however, I have always looked for answers to creation and the meaning of life, wondering why people are so different, some are nice while others not so, etc. I have read a lot of religious/spiritual texts and was part of a practical yoga and meditation school for a while, but found it lacked purpose and didn’t provide tools to liberation, which I now know, is what I am really looking for. Nothing has provided me with more insight and depth into these subjects than the Gnostic Movement has.

I can say from my own experience that Mark is the best role model one could have, from his simple and modest ways of living, to his profound thought processes dealing with challenges. I witnessed and admired his continuous patience and fair decision making, through the difficult circumstances he faced running the organization. Unfortunately, instead of helping him, many of us (students/teachers/members of the ex TGM) had put an extra strain on him, often creating more problems for him to solve.

I witnessed the complexity of the different facets he had to face to ensure no stone went unturned.

No one has the standards Mark has in my opinion; he truly lived the teachings and consistently strived towards psychological and spiritual perfection. He was easy to talk to and had a great sense of humour. I realize now that each conversation, as ordinary as it may have been, had its time and place, with lessons to learn if one was willing, listening and observing.

Mark (Belzebuub) earned the right to his position, to teach those willing to learn the mysteries of life and providing keys to inner change. He did not appoint himself; he was elected through the organisation’s by-laws. I bear witness to that.

I never felt forced to do anything, when I took a project upon myself, it was always my desire to do so, sometimes, Mark proposed things, but we always had the choice to say yes or no.

At one stage, I couldn’t continue to do an important duty that I had been taking care of for a long time as a member, and asked to pass it on to someone else. Mark was understanding of my circumstance and reassigned my task, no problem. This shows that TGM was a voluntary organization, we were never forced to do anything, and others could have also re-assigned their tasks, if they wanted too, as I did.

In many member’s meetings, I witnessed Mark’s instructions and recommendations being ignored or initially agreed on and later ignored. Mark speaks softly in an un-authoritative manner, and often his students would not listen to him, worse even, they would speak over him. Sometimes, this made our meetings counterproductive; hours wasted discussing intellectual and practical solutions that in the end would never materialize, frustrating and deluding for all involved.

Ensuring regular rests, breaks, and days off for members

I witnessed Mark telling a member in person, to stop pushing themselves so hard and to take days off from their task or activity. He insisted they should rest, or to do practices instead if they wished. He always encouraged outdoor activities, physical exercise and the importance of resting the mind and body. He even introduced a “PC away” policy, for all members who had TGM web tasks, to not do them on certain days of the week, and even then, people would not listen. Also it is known by all that Mark insisted that if one is not feeling well, they need to rest and focus on getting well.

I also heard Mark say to be cautious not to scurry through life. Yep, he hit the nail on the head, this is a problem of mine, lingering in the past and anticipating the future, making me absent of the present. I still use the memory of that now when trying to get out of those inner states.

Experience with The Gnostic Movement

In TGM our motto and actions spoke for themselves, from the online to the centre courses, we spread love, strength and self-improvement through practice. Always encouraging experience rather than belief. Never did we endorse or preach hatred.

It was an extraordinary environment with many positive changes taking place in its advancement, with it came many challenges.

All in all, in my opinion The Gnostic Movement management fulfilled their duty to the best of their ability, striving to always be in line with the organisational policies.

TGM teachers were encouraged to take their own approach and to talk from personal experience. We were free to express our views and concerns like any organisation should. We did have rules and by-laws to abide by too. I have personally found stricter working environments elsewhere. Our superiors were very approachable in relation to all matters.

Donations were never asked for, it was up to every individual if, how and when to donate, the amount did not matter, everyone was treated equally.

When I became a member, I actively engaged in the spreading of the teachings and with it came benefits and responsibilities. Members were encouraged to start new study groups and open up centres nationally or internationally. I welcomed the idea to travel to different places and liked the new challenges entrusted in me. Once again, we were never forced to do anything.

My wife and I for example, participated in the opening of the early Melbourne centre, then went abroad to open a centre in Montreal. Later we went to support teachers in London and then together we finally established the Edinburgh monastery. My wife and I eventually returned home to Australia. These were our decisions with TGM management’s support.

Then unfortunately it all came to an end for all of us due to the anti-cult crusade, completely through defamation.

Regretfully I had been deprived of the right to religious freedom, because of heinous and hateful ex-student detractors on an anti-cult crusade.

Consequently, The Gnostic Movement was forced to close down, students pushed away, spiritual yearnings crushed, and members denied the chance to pass on the free teachings on to others willing to listen. A spiritual teacher deprived of his life’s calling.

Thank you for reading